The votes are being tallied and the ads and mail have come to a screeching halt! Control of the Senate and House of Representatives is still in the balance. All eyes are on the Arizona and Nevada Senate races, and Georgia heads to a runoff on December 6th. There are at least 400,000 votes remaining to be counted in Maricopa County, Arizona alone.

A key Pennsylvania Senate seat was flipped by Democrat John Fetterman, boosting Democratic hopes of keeping a majority in the Senate. Both parties now need two seats to win control of the Senate.

In Virginia, all 11 Congressional Districts were up for re-election. All but one of those elections resulted in the incumbent remaining in their role. This will bode well for REALTORS® as we supported each of the incumbents in their efforts as they are identified as REALTOR® champions. The seat that was flipped was in Virginia’s Second Congressional District. Jen Kiggans defeated Congresswoman Elaine Luria by obtaining 52% of the vote to Luria’s 48%. Although REALTORS® supported Luria’s efforts for re-election, they have previously supported Kiggans in her campaign efforts in the Virginia Senate. We have a great working relationship with the Congresswoman-Elect and look forward to her efforts to support REALTOR® initiatives in her new role.

As we await final results to better understand the makeup of Congress and the U.S. Senate for the next two years, it is worth noting that we must also begin to prepare for 2023, when all 100 members of the Virginia House of Delegates and all 40 members of the Virginia Senate will campaign for re-election in newly drawn districts. It is more important now than ever to register to Vote, Act, and Invest. Remember, REALTORS®, your vote is your voice and when we work together to elect REALTOR® champions, we all WIN!

If you have any questions about the 2022 elections, please contact the Government Relations team by emailing advocacy@virginiarealtors.org.

Contributions to Virginia REALTORS® RPAC are voluntary and are used for political purposes; they are not deductible for federal or state income tax purposes. Members may contribute more or less than the suggested amount and may refuse to contribute without reprisal. The National Association of REALTORS® or any of its state associations or local boards will not favor or disfavor any member because of the amount contributed. NAR has established state Federal RPAC Disbursement Allocations based on anticipated National RPAC needs. Thirty percent of all Major Investor contributions are sent to NAR to be applied to the Federal RPAC Disbursement Allocation and are charged against the limits under 52 U.S.C. 30116 with the remaining seventy percent maintained for state and local usage. Decisions regarding Virginia REALTORS® RPAC contributions to meet the Federal RPAC Disbursement Allocation will be made throughout the fundraising year. The contributor certifies that they are at least 18 years old and are making this contribution with their own personal funds- not those of another person or entity, nor are they a foreign national or federal contractor.

Why REALTORS® are Thankful for RPAC

November is a time that allows us to reflect on all the things we are thankful for, big and small. One thing that REALTORS® can be thankful for… Read More

Let’s Get Out the Vote, REALTORS®!

Election Day 2022 is right around the corner! Typically, when we think of voting, we think of long lines and a mailbox or a TV screen full of… Read More

VAR Health Plan Faces a Setback from the Fed

The Virginia REALTORS® Health Insurance Bill passed the Virginia General Assembly with almost unanimous support from both Democrats and Republicans, due in no small part to the efforts you, our… Read More 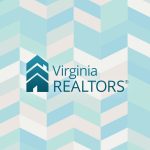 Shaping The Future Of Real Estate