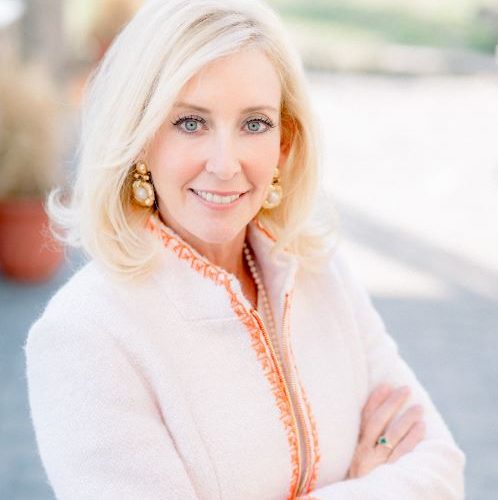 Beth has been deeply involved in the real estate world since obtaining her sales license in 2003. She was named Rookie of the Year, then went on to earn her Associate Broker’s license in 2010 and the Certified Real Estate Brokerage Manager (CRB) designation in 2012. Previously the managing broker for the Long and Foster Real Estate Blacksburg office, she relocated to Richmond, VA in 2019 to assume the position of managing broker for the Tuckahoe and Centerpointe offices.

Over the years, she has served at the New River Valley Association of REALTORS® (NRVAR) in numerous capacities including NRVAR MLS Chair, Director on the NRVAR Board, Secretary/Treasurer, RPAC Chair, and Chair of the NRVAR Governmental Affairs Committee. Beth received the NRVAR 2008 REALTOR® of the Year and is a three-time recipient of the NRVAR President’s Appreciation Award.

Having been a member of the Virginia REALTORS® Board of Directors since 2016, Beth most recently served as its 2020 President-Elect. She has been the Chair for the RPAC of Virginia Disbursement Trustees, Virginia Leadership Academy, the Public Policy Committee, and Virginia FPC Forum plus being an active participant on numerous other state committees including the Strategy Committee of the Board of Directors, Investment Management Committee, and RPAC Fundraising Trustees. In addition, Beth was chosen Virginia Manager of the Year in 2015 and is a member of the Virginia REALTORS® Honor Society.

Her involvement at the national level began in 2011 as the FPC to Congressman Morgan Griffith, which continues today. She is deeply committed to RPAC, having served as Vice Chair and then Chair of the NAR RPAC Fundraising Forum, the state representative to the REALTOR® Party Member Involvement committee, and serving on the Presidential Advisory Group as part of the RPAC State Fundraising Partnership Goal. A graduate of the National Association of REALTORS® Leadership Academy in 2016, Beth will serve on the 2021 NAR RPAC Trustees Federal Disbursement Committee and on the NAR Board of Directors.

Beth currently resides in Richmond and returns to Radford whenever possible where she loves hiking the Appalachian Trail and spending time on Claytor Lake with her family. She is a Past Chair of the Radford City Parks & Recreation Commission and the American Red Cross. She spent many years being involved with the Main Street Radford Program, and the Boy Scouts of America Blue Ridge Mountain Council. 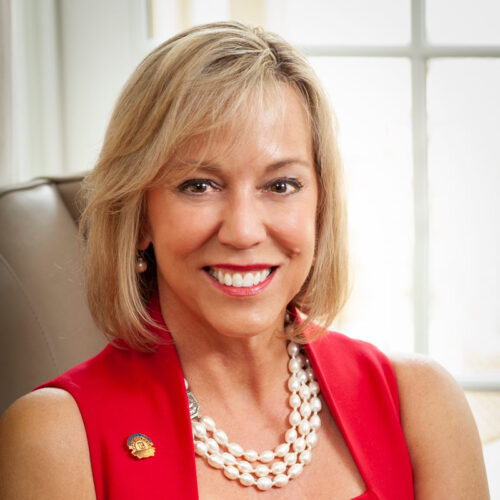 Born in Keflavik, Iceland and having lived at various times of her life in Florida, California, Alabama, Maine, and Virginia, Denise Ramey is not only a REALTOR®, but truly an expert in relocation! As a child of a Navy officer, she had the pleasure of living on both coasts and many places in between as a child, but loved that her family ultimately settled in their home state of Florida. Upon graduating from the University of Florida, she began her career in sales with BellSouth and that 15-year career allowed Denise to move around the state of Florida seven times before settling in Central Virginia.

A REALTOR® since 2006, Denise has been affiliated with Long & Foster® since 2014. Denise and her team have been in the Top 100 Teams in Virginia for the last several years.

Denise served on the Charlottesville Area Association of REALTORS® (CAAR) Board of Directors from 2008 to 2014, including as President in 2013, President-Elect in 2012, and Treasurer in 2011. A member of the CAAR Professional Honor Society since 2008, Denise has served on many local association committees. She was honored in 2013 as the Charlottesville Area Association of REALTORS® Sales Associate of the Year, and then in 2015, was honored to be awarded the CAAR REALTOR® of the Year.

At the state level (VAR), Denise has been a member of the Board of Directors since 2016, and most recently served on the Leadership Team as the 2020 Vice President. She has served on numerous committees and workgroups including Member Communications, Strategy Committee, RPAC Fundraising and Broker Involvement, Public Policy, RPAC Trustees, and four years on the—you guessed it—Relocation Conference Workgroup, where she also served as Chair from 2012-2014. As a graduate of the Virginia REALTORS® Leadership Academy in 2009, she later served as the Chair or “Mom” for the VLA class of 2015.

Denise has been involved at the national level (NAR) since 2012 as a member of the Member Communications Committee, the State and Local Issues Policy Committee, and on the RPAC Participation Council, which she will continue to serve on through 2021.

Denise enjoys spending time with her family at home in Crozet, at the foot of the Blue Ridge Mountains, and at Smith Mountain Lake whenever possible! 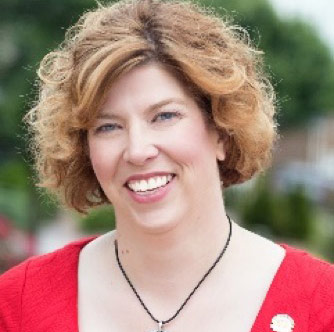 Katrina has been a full-time REALTOR® in the Winchester/Frederick County area since April 2005. From her start with Long & Foster®, she earned multiple awards from 2005 – 2012 including Executive Club and Presidents Club, in addition to being a seven-time Outstanding Service Award recipient. Now as Broker/Owner of RE/MAX Synergy, not only does she help clients buy and sell real estate, she mentors other REALTOR® professionals in her community. She is licensed in Virginia and West Virginia, specializing in the Northern Shenandoah Valley and the eastern panhandle of West Virginia.

A proud member of the Blue Ridge Association of REALTORS® (BRAR) Katrina has served on many committees over the years, having repeatedly chaired the Education Committee, Legislative Committee, and Community Service Committee. After being a member of the BRAR Board of Directors from 2008–2010, she went on to serve as its President in 2013. Katrina is the recipient of numerous Blue Ridge Association of REALTORS® awards including 2013 REALTOR® of the Year, 2015 REALTOR® Code of Ethics, and is a multiple recipient of the BRAR President’s Award and Director’s Award.

At the state level (VAR), Katrina most recently served as a Director on the Board of Directors. She has chaired both the Professional Development Committee and the Public Policy Committee. In addition, she is a graduate of the 2011 Virginia Leadership Academy. Katrina also serves Virginia REALTORS® on the RPAC Fundraising and RPAC Disbursement Committees. She was honored by her peers to be the recipient of the Virginia REALTORS® 2019 REALTOR® of the Year.

Katrina is also involved at the national level (NAR), having served since 2016 on several NAR RPAC committees including the RPAC Participation Council and the RPAC Trustees Fundraising Committee, which she will continue to serve on through 2021.

Katrina lives in Winchester with her husband, Greg, and are proud parents of one daughter, Dominique. She enjoys spending time with her family and her fur babies. 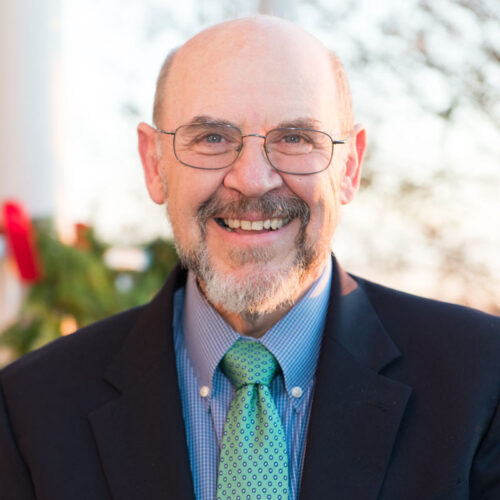 In 1971, Tom enlisted in the U.S. Navy, then accepted an appointment to the United States Naval Academy in 1973, graduating in 1977. After resigning his commission, Tom worked for Northrup-Grumman as a budget analyst until 2003 when he left Northrup-Grumman to concentrate solely on his real estate business.

Tom has been a licensed REALTOR® since 1997. In 2007 he formed the business entity Campbell Team LLC. For 18 years Tom was associated with Long & Foster REALTORS®. In 2015, he was recruited to join Fathom Realty as District Director (Managing Broker) in the Northwestern counties of Virginia.

Tom served as President of the Greater Piedmont REALTORS® (GPR) in 2014 having been their President-Elect in 2013. He has served in numerous capacities at GPR including being a state delegate from 2012-2015, and a member of several committees.

At Virginia REALTORS®, Tom has served on the Board of Directors since 2018 and was elected Treasurer of the Board in 2019. He served on the Public Policy Committee for six years and held the position of Chair in 2017. He is a certified Ethics instructor, a graduate of the VLA Class of 2011, and has been a member of the Virginia REALTORS® Honor Society every year since 2011.

At the national level (NAR), Tom is a 3-time appointee to the Public Policy Coordinating Committee and will serve on that committee until his term ends in 2021.

Outside of the real estate community, Tom served three years on the Board of Directors of the Fauquier County Chamber of Commerce, two years as Vice Chair of Legislative Affairs, and he also served the Greater Warrenton Chamber of Commerce Board of Directors as Secretary. Tom was President of the Rotary Club of Warrenton for the 2011-2012 fiscal year. Currently he serves as Chair of the Advisory Board to the Salvation Army, Piedmont Region. 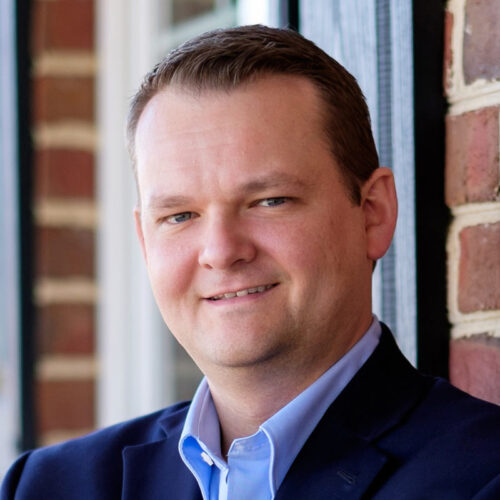 Kemper has nearly 20 years of experience in real estate marketing and brokerage, which includes a portfolio of residential and commercial properties throughout the Shenandoah Valley. As Chief Operating Officer and Supervising Broker of Funkhouser Real Estate Group, Kemper oversees all the company’s daily operational functions.

Kemper was recognized by his peers as the local REALTOR® of the Year in 2009, having served as President of the Harrisonburg-Rockingham Association of REALTORS® (HRAR). He has served his local association over the years as Vice President, Director, and as Chair of the Legislative & Political Affairs Committee.

A member of the Virginia REALTORS® Board of Directors since 2011, most recently as the 2020 President, 2019 President-Elect, and 2018 Vice President, Kemper has also served as the Chair on numerous state committees throughout the years, including the Risk Management Committee in 2010 and the Strategy Committee of the BOD in 2016. He was a key member of the Bylaws Review Committee in 2018 and served as Chair of the Policy and Procedures Manual Review Workgroup. In addition, Kemper is a graduate of the 2006 Virginia REALTORS® Leadership Academy and was the recipient of the Virginia REALTORS® Code of Ethics Leadership Award in 2014.

Since 2004, Kemper has served at the national level (NAR) on a variety of committees, sub-committees, and advisory boards. He is a Past Chair of NAR’s Professional Standards Committee and has been a member of the Strategic Planning Committee, Real Property Valuation Committee, Business Issues Committee, and the Professional Standards Interpretations and Procedures Advisory Board. In 2020, Kemper served on the NAR Board of Directors and in 2021, he will serve on the REALTOR® Party Trustees for Campaign Services Committee and the REALTOR® Safety Advisory Committee. He is also a graduate of the 2008 National Association of REALTORS® Leadership Academy.

Kemper lives in Harrisonburg with his wife Ashleigh, son Peyton, and daughter Alexandra. In his spare time, he enjoys playing golf and traveling with his family. 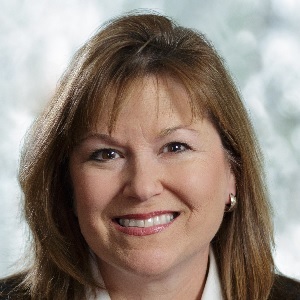 Terrie L. Suit was appointed as chief executive officer of the Virginia REALTORS® on September 23, 2013. Terrie’s real estate background began in 1985 as a REALTOR® and later transitioned into a twenty-year mortgage lending career.

In 1996, Terrie accepted an appointment from the Governor to the Virginia Real Estate Board. Several years later she was elected to the Virginia House of Delegates where she served the 81st District for nearly a decade. During her time as a delegate, Terrie served as chair to the General Laws Committee, and the Virginia Housing Commission. As a delegate, Terrie was recognized by legislative peers and constituents as an expert on both housing and military relations.

In April of 2011, Terrie was appointed by Virginia’s Governor to be Virginia’s first Secretary of Veterans Affairs and Homeland Security. As an Army daughter and a Navy wife, Terrie worked diligently to fulfill the Governor’s goal of making Virginia “the most veteran-friendly state in the nation.”

As Virginia REALTORS®’s chief executive officer, Terrie has also served at the National Association of REALTORS® (NAR) level on multiple committees and workgroups.

Terrie is a graduate of both Tidewater Community College and Old Dominion University with a Bachelor of Science in Political Science. She completed her Master’s in Business Administration at the University of Mary Washington and earned her Certified Association Executive (CAE) designation from the American Society of Association Executives (ASAE).

Terrie and her husband, Tom, reside in Stafford County, Virginia.