Mortgage rates just rose to their highest level since March 2020 but are still historically low. According to Freddie Mac, the average rate for a 30-year fixed mortgage, as of January 13, 2022, was 3.45%. While this is about two-thirds of a percentage point higher than this time last year, and the highest level since March of 2020, it still remains very low by historic standards. Rates for 30-year fixed mortgages had been below 3% for much of 2021 and started to inch up slowly this past fall, hovering around 3.1% for most of November and December, before rising again over the last couple weeks. 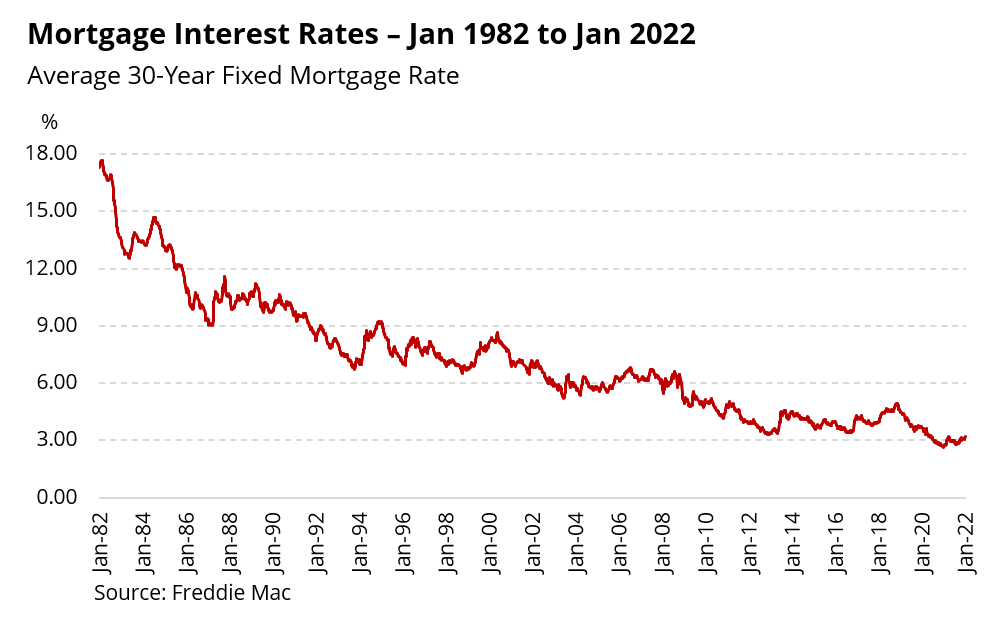 Why are rates rising now? It is not surprising that mortgage interest rates are rising. Several factors that influence mortgage rates have been signaling upward pressure for months. While the Federal Reserve does not directly set mortgage interest rates, its actions impact whether they go up or down. At the Fed’s most recent meeting in December 2021, it became clearer that to combat rising inflation, it would seek a more aggressive dialing back of pandemic-era interventions that kept credit flowing and financial markets stable amid the recession.

Two factors are driving the Fed to hit the breaks on stimulus policies, which could impact mortgage rates:

Inflation increased rapidly in 2021. The Federal Reserve generally tries to keep inflation at about 2%. In December, the inflation rate was 7%, which is the highest it has been in decades. Rising inflation signals that the economy is becoming overheated, and that stimulus policies designed to prop up the economy are no longer needed. 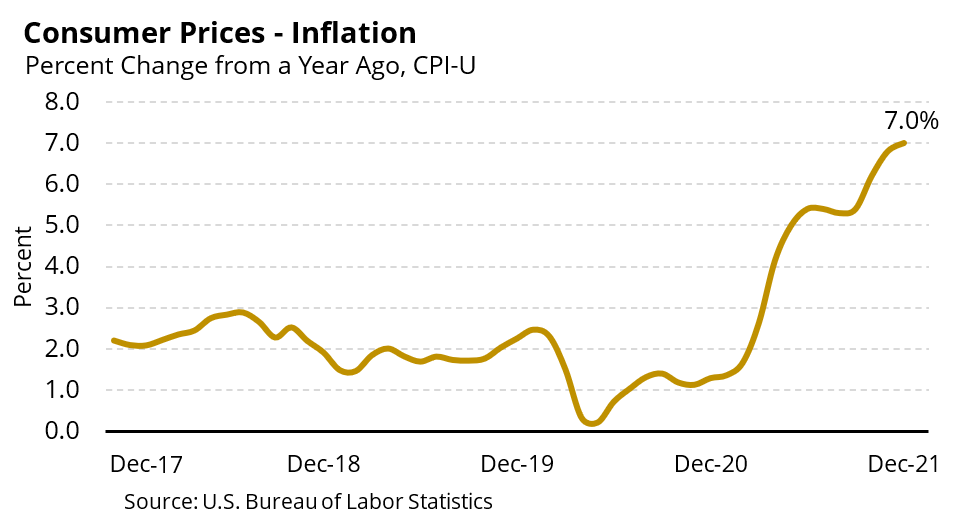 Employment growth has been strong in 2021. The U.S economy added about 6.4 million jobs last year following record job losses in 2020. The unemployment rate in the U.S. dipped to 3.9% in December, down from 6.4% at the start of 2021, exceeding expectations. While job growth has been solid and unemployment is low, other factors remain a concern, such as low labor force participation. Nevertheless, positive employment conditions signal that the economic recovery is headed in the right direction. 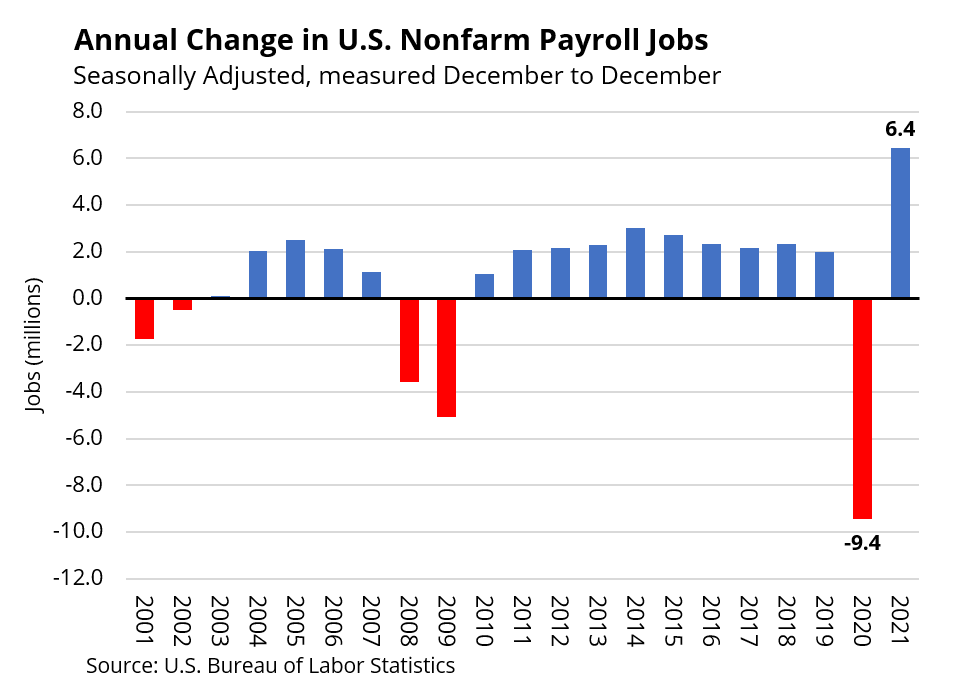 As a result of these economic trends, the Federal Reserve will take two actions in 2022 that will lead to higher mortgage rates:

Winding down bond purchase program faster. When the pandemic began, the Fed began aggressively buying bonds to prop up the fragile economy, which in turn kept interest rates, including mortgage rates, very low. The Fed announced in November that it would reduce the amount of bonds it purchases each month, eventually winding down the current bond-buying stimulus program by summer of 2022. Then in December, due to growing inflation concerns, the Fed announced it would double the rate of the wind down, which would speed up the timeframe to end the program by March of 2022. When the Fed buys fewer bonds on the open market, it causes the price of treasury bonds to decline, which then causes the interest rates on those treasury bonds (treasury yields) to go up. Mortgage interest rates follow treasury yields, so if they are rising, mortgage rates will also rise. 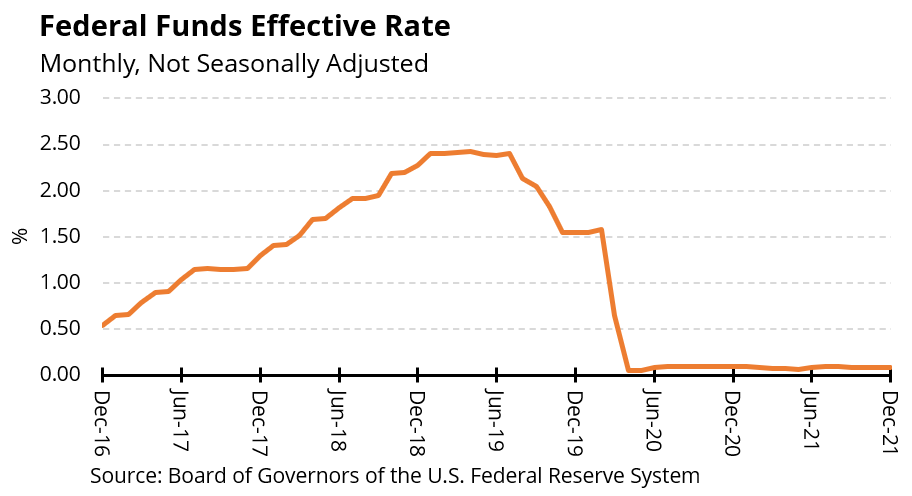 How high will mortgage rates climb in 2022? This is a big question heading into this new year and is still up for debate. Rates will continue to trend up, as they have at the start 2022, but importantly, the pace is likely to be gradual. Virginia REALTORS® forecast that by the end of this year, mortgage rates could be around 4%. The Mortgage Bankers Association is also forecasting 4%, while Fannie Mae is forecasting rates to be about 3.3% by the end of the year. Regardless of where they actually land, the important thing is that mortgage rates are still very low by historic standards and will likely be low for a while, even with a gradual increase over the next year or so.

How will rising rates impact home buyers? It is true that as mortgage rates rise, buyers will feel the pinch in terms of how much house they can afford. NAR put together a handy tool that calculates how much a mortgage payment could be impacted by rising interest rates based on their forecast of where rates are headed and the size of the home loan. The larger the loan, the larger the impact, but generally, based on home prices in most Virginia markets, the difference to mortgage payments will be less than a hundred dollars per month in most markets, and perhaps up to a couple hundred dollars per month in some of the higher-cost markets.

For more information on housing, demographic, and economic trends in Virginia, be sure to check out Virginia REALTORS® other Economic Insights blogs and our Data page.

Virginia is one of the largest states on the eastern shoreline, with an estimated population of 8.6 million people, according to the U.S Census Bureau. The state’s economy… Read More 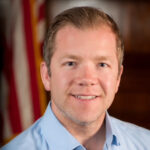