Mortgage rates continue to hover near historic lows, but there are signs that rates will be rising. An improving economy coupled with high inflation could push the Federal Reserve to take actions that will ultimately lead to higher mortgage rates. However, it is likely that rate increases will be modest and will not have a major impact on the housing market.

The average rate on a 30-year fixed rate mortgage has been steadily declining since the 1980s, when mortgage rates topped 18%. Since the onset of the COVID-19 pandemic, average mortgage rates have consistently been below 3%, supporting a strong for-sale market and encouraging record levels of refinancing activity. 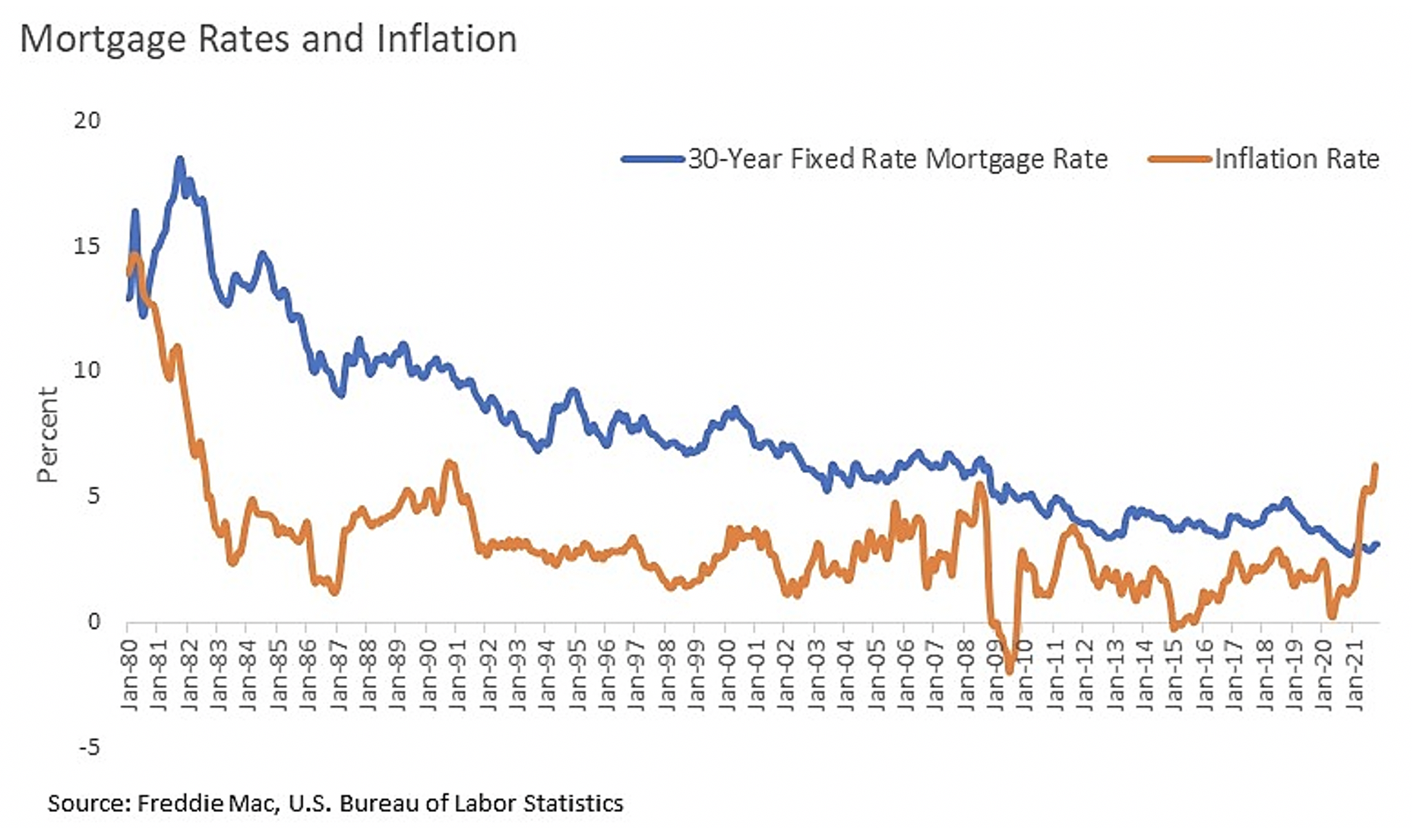 While still low, there have been growing concerns that mortgage rates are set to rise. High inflation has stoked fears that the Federal Reserve will take actions that will end up moving mortgage rates higher. 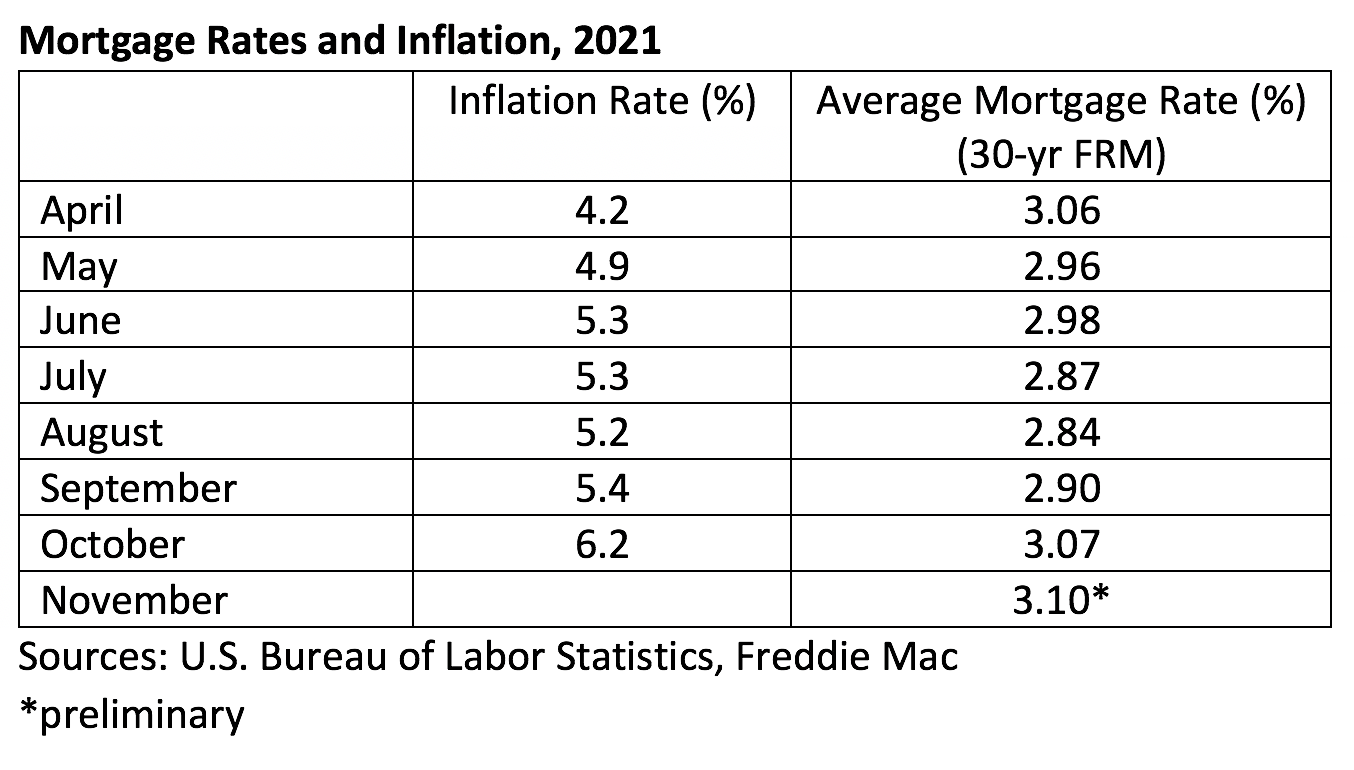 Looking back over the past 40 years shows that there is a relationship between mortgage rates and interest rates. Inflation is one of two key metrics that the Federal Reserve monitors closely during economic recoveries. (Employment levels are the other.) The Fed tries to keep inflation running at around 2%. When the inflation rate is higher than that, there is a risk that the economy is overheating, which causes the Fed to take action.

If the Federal Reserve becomes more concerned about the high inflation numbers, and become more convinced that they are long-term rather than transitory, they may decide to raise the Federal Funds rate. The Federal Funds rate is the rate banks charge each other to lend money overnight. The Fed does not directly impact long-term rates, such as mortgage rates, but by increasing the cost of these short-term rates, there will be an overall impact on the cost of lending month. As a result, mortgage rates will see upward pressure.