The Virginia REALTORS® legal team has expanded in recent months, so we thought it would be a good time for you to meet the new (and not-so-new) members of the team.

Laura M. Murray is likely a familiar face to most of our members. She leads the legal team as our association’s General Counsel. Laura began her career working at NVAR as a legal intern the summer before her third year of law school. After graduation, she accepted a full-time position as an attorney at NVAR, and joined the staff at VAR three years later. In her spare time (What spare time?!), Laura is an avid runner and reader.

Jon Haley rejoined Virginia REALTORS® in December as Associate General Counsel after working for a settlement company in Fredericksburg. His first-hand knowledge of the settlement process will provide another layer of expertise to advise our members and our government relations team. A graduate of the College of William and Mary and the University of Richmond School of Law, Jon looks forward to expanding the use of Virginia REALTORS® forms to more of our members over the coming year and providing education opportunities across the commonwealth.

Santiago Montalvo joined VAR as staff counsel in early 2022. He served in the U.S. Army, and prior to completing law school, Santiago gained experience through a variety of roles and industries. He has worked as a microscopy engineering technician, served in the financial sector, and practiced law as a solo practitioner. As Staff Counsel, Santiago contributes to the Caveat REALTOR®podcast, creates legal resources for members, and serves on the Standard Forms Committee.

Shavon Gunnell supports VAR’s attorneys as our Paralegal and Professional Standards Administrator. A VCU graduate, Shavon previously worked for the Virginia State Police and later joined the United States Air Force Reserve, where she served in an administrative capacity for a security forces unit. After going back to school at the University of Richmond, Shavon worked for the Richmond City Attorney’s Office.

Ryan Leonard started at Virginia REALTORS® in September 2022. He worked as an attorney in a private practice representing clients before joining us. In addition to his work as an attorney, Ryan also teaches political science classes at Brightpoint Community College. Ryan will take the lead on the Legal Action Fund, helping to make sure that our members are well represented in the courts. A graduate of Christopher Newport University and the University of Richmond School of Law, he enjoys traveling and working out in his spare time.

Sean Olk also started at Virginia REALTORS® in September. Sean brings not only legal expertise, but also past experience as a REALTOR® in California. As a lawyer, Sean has worked in civil litigation, including landlord-tenant disputes. His time as a REALTOR® is especially helpful in his role guiding the Professional Standards process for the association. He went to undergrad at UC Santa Barbara and law school at Pepperdine University in Malibu, CA, so please go easy on him during the Virginia winter months.

As always, if you have any questions you can access our Legal Hotline.

1. What is “settlement” in Virginia?  A: The Virginia REALTORS® contract uses the Virginia Code definition of settlement, which says it happens at “the time when the settlement… Read More

January 1st Changes to the Code of Ethics & Professional Standards

Next year, there will be several updates to the Code of Ethics and Professional Standards that REALTORS® need to be aware of. The following changes will come into… Read More 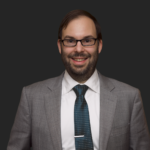