Education opens up opportunities for people to gain personal knowledge and expand career options. In 2021, the Bureau of Labor Statistics released data on education and its effect on income and unemployment. This data showed that workers 25 years and over pursuing higher levels of education had greater median weekly earnings and lower unemployment rates. With higher incomes, people are more likely to afford a home, increasing homeownership and giving them greater access to good schools and quality healthcare. In 2021, there were roughly 2.2 million homeowners in the state of Virginia, those with a bachelor’s degree or higher accounted for 74% of those homeowners. Recently, the U.S. Census Bureau released data on Educational Attainment in 2021, highlighting some key trends among those 25 years and over. Using that same data, we will look at educational trends in Virginia’s ten metro areas and explore the changes over the past decade between 2011 and 2021. 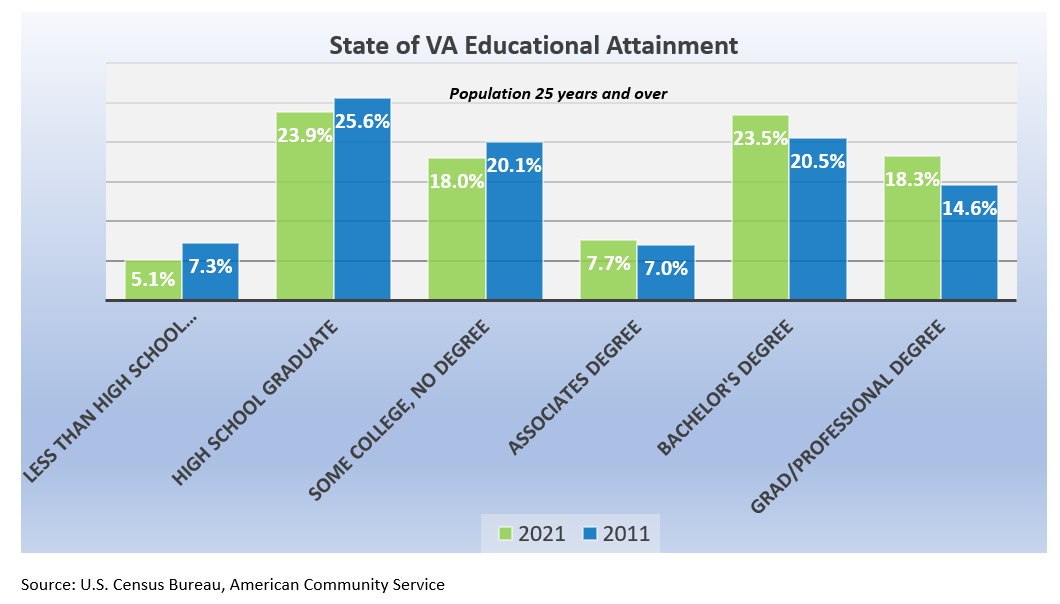 Over the last decade, the number of Virginians attaining post-secondary education grew and the share of Virginians with less than a college degree decreased.

Among the population of Virginians 25 years and over, a bachelor’s degree was the most common level of education attained with 23.5% in 2021, up from 20.5% in 2011. Those who completed an associate degree also showed an upward trend, moving from 7.0% in 2011 to 7.7% in 2021. The biggest change in post-secondary achievement was seen in those receiving a graduate or professional degree, which rose to 18.3% in 2021, up from 14.6% a decade ago. As those pursuing higher education increased over time, the amount of people attaining a secondary education declined. The number of Virginians with a high school graduate education level went down to 23.9% during the 10-year period as did those with some college and no degree which fell to 23.5%. and individuals with less than a high school diploma, dropping down to 5.1% in 2021. 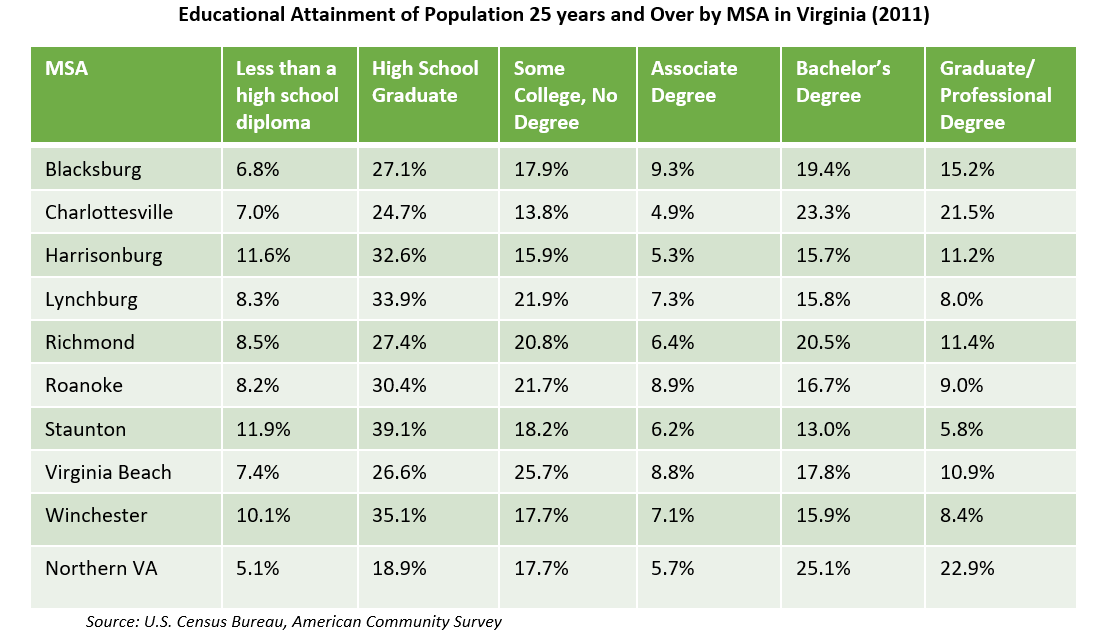 A majority of Virginia’s metropolitan areas saw the number of individuals who went on to complete their tertiary education increase during the last decade.

Staunton had the biggest increase of individuals with a bachelor’s degree, rising to 17.7% followed by Virginia Beach with 22.1%. In the Richmond area, the population of people 25 and over with a graduate or professional degree went up the most, moving from 11.4% to 16.4% in 2021. Over the 10-year period, the percentage of individuals who completed their associate degree grew the most in Charlottesville with 8.7% and Harrisonburg with 8.0%. The number of high school graduates decreased across eight of Virginia’s metro areas with two exceptions. Blacksburg saw those who obtained a high school diploma level education increase to 28.1% from 27.1% and in Roanoke, high school graduate levels reached 31.6% during that time. Those that did not graduate with a high school degree decreased across all metro areas with the largest decrease in Staunton going from 11.9% in 2011 to 4.5% in 2011.

For more information on housing, demographic, and economic trends in Virginia, be sure to check out Virginia REALTORS® other Economic Insights blogs.

The rental market in Virginia has been evolving over the last several years. Let’s take a closer look at some of the key shifts in the market based… Read More

As we close the door for 2022 and enter into a new year, it’s vital for us to take a look into the key trends we saw in… Read More 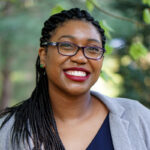