Examples from Virginia School Districts
In Virginia, public schools are funded by local, state, federal government, and contributions and in some cases through partnerships in the private sector. School funding relies heavily on property values because the higher the value of a home or property, the more tax revenue it will generate. In communities with depressed property values, it can have a direct impact on the funding resources that are available to the local school system. This alone reflects how many school districts in poorer neighborhoods often lack adequate funding. This can lead to lower test scores, which leads to poorer school ratings, then leading to less desirability for a home in proximity to the school.

Norfolk City Public Schools (NPS) has a total of 51 schools in their district with an overall “C+” rating from Niche. NPS is one of the largest urban school districts in the commonwealth, with approximately 32,000 students and a minority enrollment of 80%, many of these students economically disadvantaged. The district receives funding of about $391 million and spends up to $13,122 per student. About 51% of the district’s funding comes from the state, 34% from local government funding, and 14% comes from the federal government. As of May 2022, the year-to-date median sales price of homes in the City of Norfolk was $275,000.

Demographic and Test Proficiency of NPS 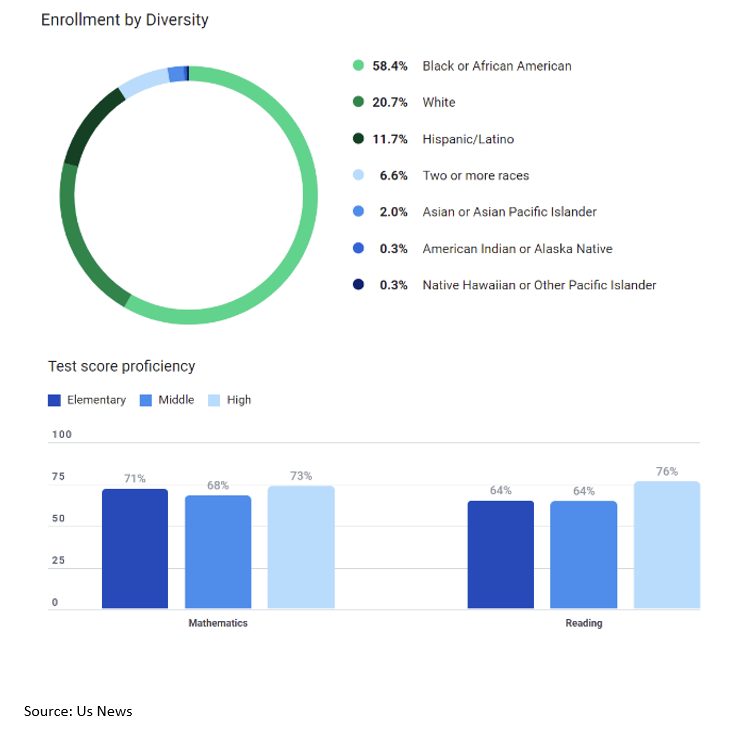 In a neighboring school district, Virginia Beach City Schools (VBS), we can see a noticeable difference in the districts’ financing and the impact it has on its rating. According to Niche, VBS is the 7th best district in Virginia with an overall “A” rating. There are over 65,000 students within the district, with a 60% minority enrollment. With 87 schools, the district receives about $875 million ($484 million more than NPS). About 50% of the district’s funding comes from the local government, 42% from the state, and 7% from the federal government. As of May 2022, the year-to-date median sales price of homes in the City of Virginia Beach was $340,000, which is about 24% higher than the median price in neighboring Norfolk.

Demographic and Test Proficiency of VBS 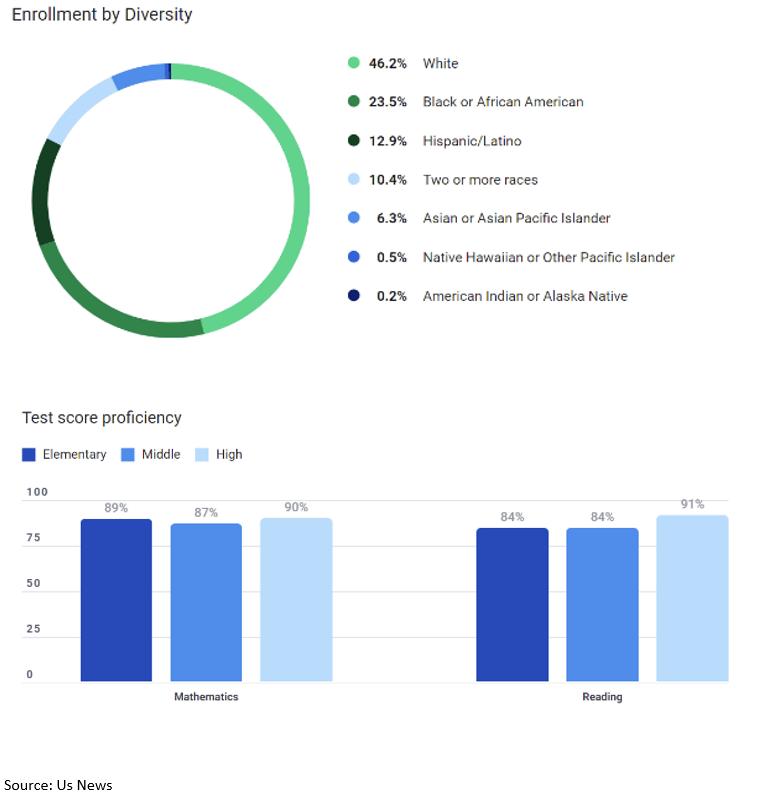 Conclusion
The discussion of school funding has been a hot topic for many years now. It’s evident that school districts without enough funding can have a severe impact on the rating of the district and more importantly the students’ education. What can we do to help support school funding? Do we need to find ways to increase property values in these areas where funding is low? Research from the Bookings Institute found that for example, median home values in predominantly Black neighborhoods are estimated to be about 55% lower than median home values in Hispanic white or non-Latino census tracts. Virginia is one of the best states in the nation when it comes to K-12 public education, but there’s a lot that still needs to be done so that all children are given an equal opportunity to achieve their education. When we better our school districts then home values will increase, and when we increase our home values then school district funding will increase. This critical relationship can lead to better education outcomes for the children in the local community.

Our August 2022 Virginia Home Sales Report is out! As the economy continues to show signs of weakening amid high inflation and rising interest rates, it will likely… Read More

Getting a college degree in the United States is a goal many people plan to achieve. College isn’t as financially attainable to some as it is for others… Read More 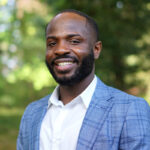