In February, new housing construction was stronger in Virginia than it was in many other parts of the country. Nationally, the number of new housing starts was down 10.3% compared to January starts and was 9.3% lower than February 2020 starts. One reason for the drop in new housing construction nationally was weather, including major storms in Texas and the Northeast. But other factors contributed to the national slowdown, including rising building costs and material shortages. 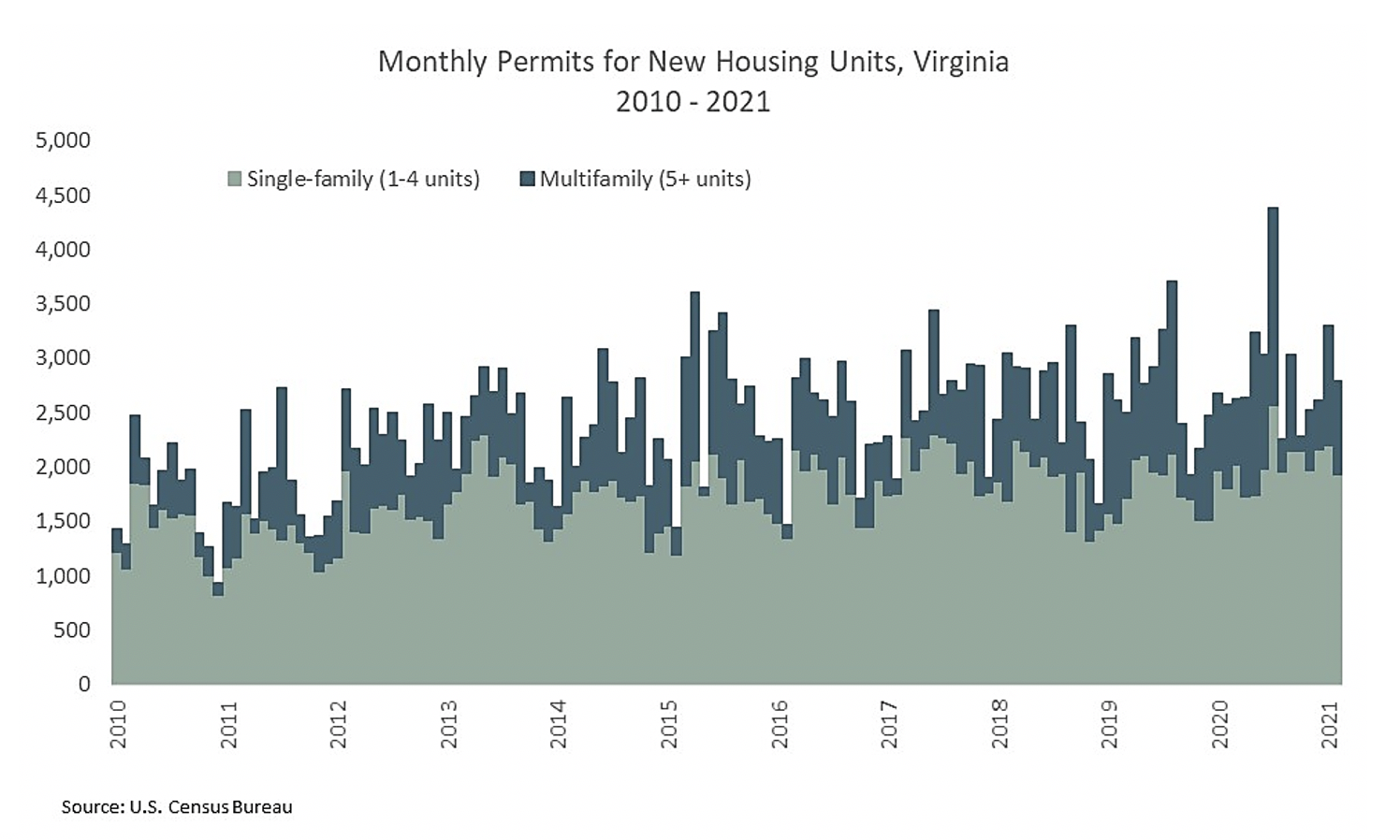 About one-fifth of permits issued in Virginia (19.9%) were issued in the Hampton Roads metro area. The number of permits for new housing units was up 12.2% in Hampton Roads compared to a year ago. In the first two months of 2021, new residential permitting activity was also up in the Charlottesville area, though the number of new permits in the Richmond region was lower compared to a year ago.

In parts of the state outside of these four major metro areas, the number of permits issued for new housing was 15.5% lower than a year ago. 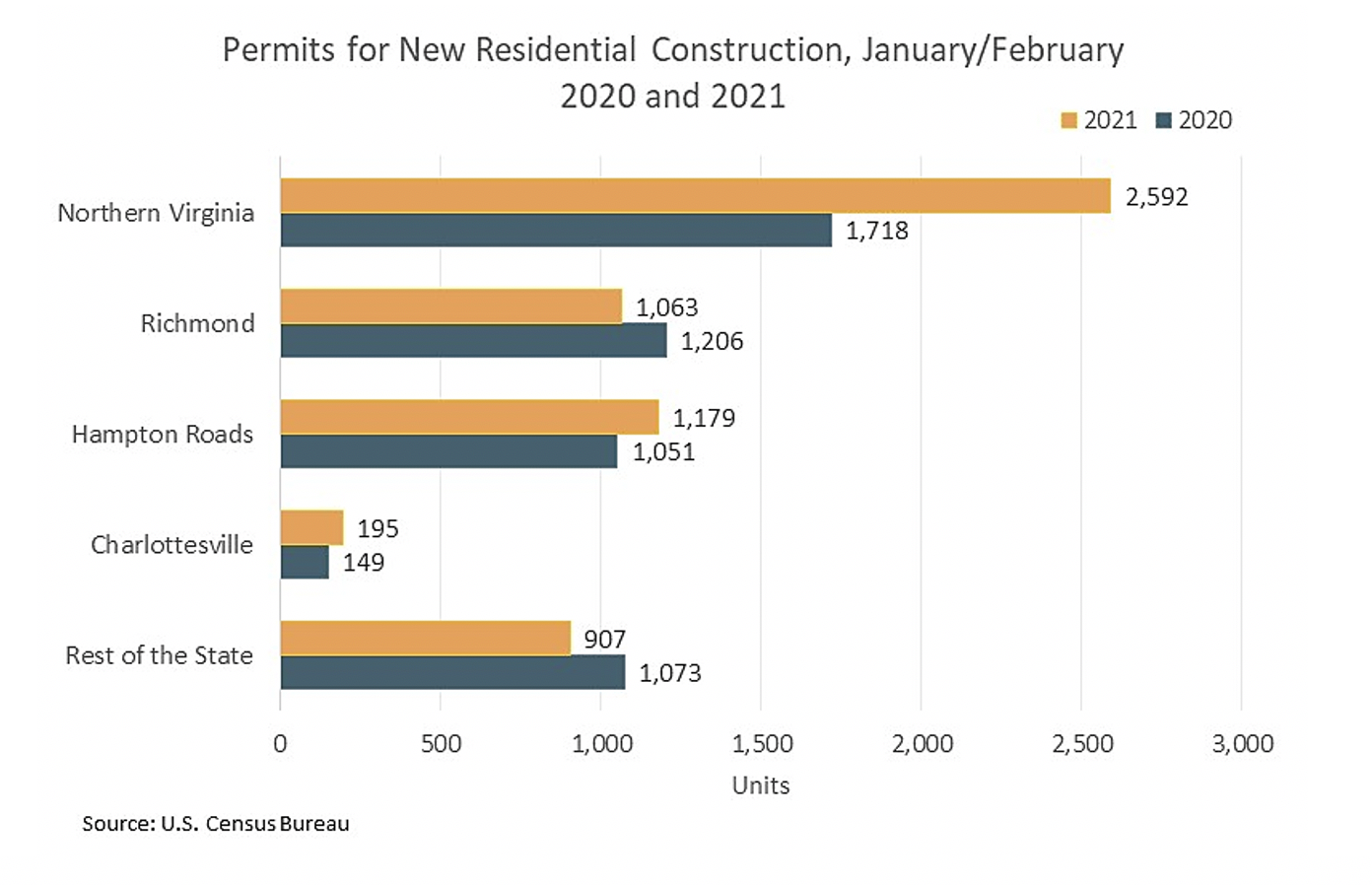 New Home Sales Are a Growing Part of the Housing Market

In addition, according to the latest builder sentiment survey from the National Association of Home Builders, while home builders were feeling a little less confident in current market conditions, they report that buyer traffic is steady and sales expectations for the next six months are high.

Virginia REALTORS® report that the limited inventory of existing homes for sale is leading some potential buyers to look to new construction. According to a March 25-28, 2021 survey of Virginia REALTORS® members, more than half of REALTORS® (56%) say that it is either very common or somewhat common to see buyers deciding to build a new home instead of purchasing an existing home.

Demand for new construction is high, and home builders expect that demand to rise this spring. Despite some challenges builders face, overall, the industry expects to be able to build out current sales and hopefully increase production in 2021.

Virginia’s Economy by the Numbers: April 2021

Job growth slowed somewhat in Virginia at the end of 2020 and in the beginning of 2021; however, signs point to faster economic growth in the 2nd and… Read More

A Booming Housing Market, but a Widening Homeownership Gap

One result of this pandemic housing boom is a widening homeownership gap. Brokers can help ensure equitable access to the benefits of homeownership. Taking a step back, even… Read More

Results from Flash Survey #18: What Tradeoffs Are Home Buyers Making?

In this hot market, making tradeoffs is becoming common for many. REALTORS® are working with buyers who face very few choices on the market, extreme competition for homes,… Read More