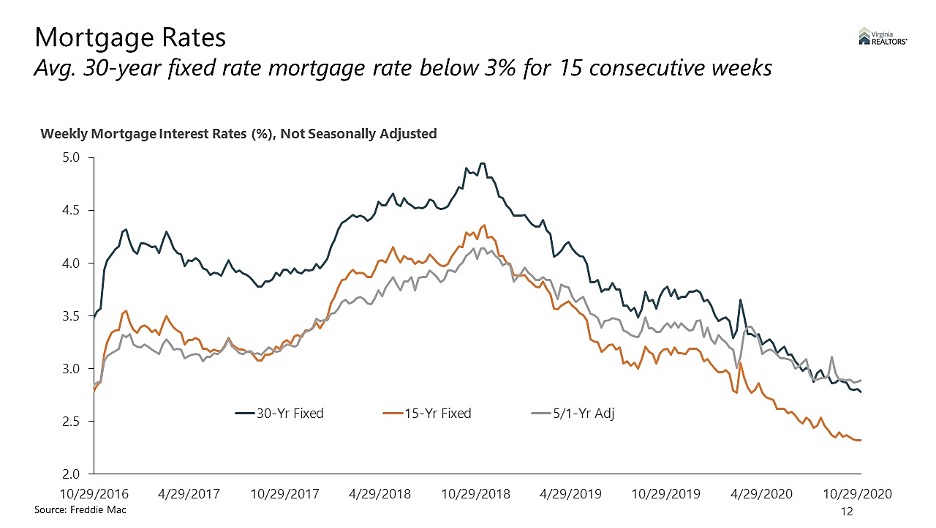 Do Rates Increase or Decrease Around Presidential Elections?

Looking back at past Presidential elections, there is no clear pattern to suggest that mortgage rates respond in a predictable way to the election of a particular candidate or party. However, the uncertainty of the results of this year’s election has some wondering if there might be major movement in mortgage rates.

Mortgage rates typically roughly track the direction of long-term bond yields, particularly the 10-year Treasury note. Uncertain election results could lead to an increase in demand for these government bonds, which could result in downward pressure on mortgage rates. However, mortgage rates are tied to more than just the yield on the 10-year Treasury note, and it has become harder to forecast the direction rates will head based on this one metric.

What Do We Know About Trends During Past Elections?

Following Donald Trump’s election in 2016, mortgage rates bumped up amid concerns that then President-Elect Trump’s proposed spending and tax cuts would create volatility in the bond market. That movement in mortgage rates was due in part to the surprise victory of President Trump, rather than to uncertainty about the election results.

In the last election where results were uncertain, the impact mortgage rates has was that they fell slightly. In 2000, where a recount in Florida delayed the results until December 12, the 30-year fixed-rate mortgage rate was 7.7% during election week. By mid-December, the average rate was at 7.4% and continued to fall throughout the rest of the year.

So, What Should We Expect?

While it not certain when the results of the current election will be finalized, we do know that mortgage rates remain at historically low levels, and there is no compelling reason to think they will be heading higher. While favorable rates have been a boon to homebuyers, extremely low inventory has been growing constraint on the market. Regardless of the outcome of the election, available inventory—not mortgage rates—will have a greater impact on housing market conditions at the end of 2020 and into 2021.