In recent years, particularly since the Great Recession, multigenerational living has been on the rise across the country and in Virginia. Economic and demographic factors are the primary reasons why more people are living in multigenerational settings. These factors will continue to shape the market for homes that can accommodate multiple generations, whether homes with separate living areas or homes with accessory apartments (i.e. “granny flats” or “in-law suites”) on the property. In addition to the challenging economy, there are several key demographic trends that are driving the rise in multigenerational living:

What does the rise in multigenerational living mean for REALTORS® in Virginia?

Education opens up opportunities for people to gain personal knowledge and expand career options. In 2021, the Bureau of Labor Statistics released data on education and its effect… Read More 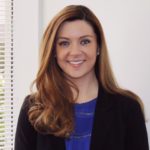