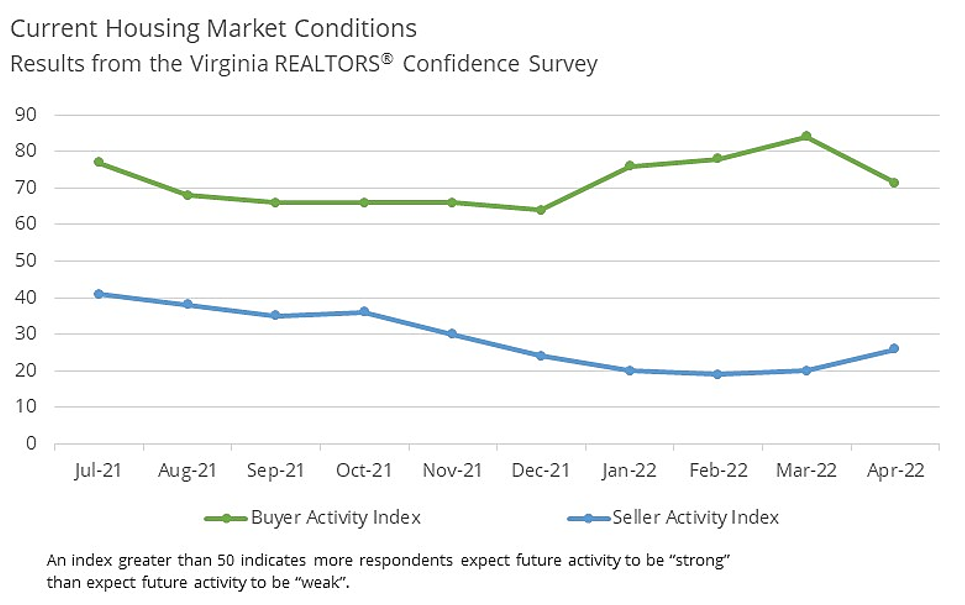 According to Virginia REALTORS®, buyer activity dipped in April. The Buyer Activity Index for the month was 71, which is down from 84 in March and is the lowest level since December. About 56% of REALTORS® rated the level of buyer activity in their local markets as “high” or “very high”, down from 75% in March.

Thirty percent of buyers in April were first-time buyers, according to respondents to this month’s survey. This is a slight dip from a month earlier. About 21% of purchases in April were all-cash purchases, which is the highest share of all-cash purchases since the survey began in July 2021. About 19% of sales in March were non-primary residence sales (e.g., rental property, second home, vacation home).

Multiple offers continued to be the norm in April, according to REALTORS® responding to this month’s survey. Recent transactions received an average of 5.3 offers. Nearly three quarters (71.9%) of respondents indicated that offers came in above list price in April. There is some evidence that appraisals have been more of a challenge. About 7% of Virginia REALTORS® said that appraisals were frequently coming in below offer, and another 40% said below-offer appraisals happened sometimes.

The housing market in Virginia has been frenzied for much of the past two years. REALTORS® responding to the survey indicated that there are some signs of a cooling housing market; however, it is still very much a sellers’ market. About 44% of respondents said that homes are remaining on the market longer than expected either frequently or sometimes. A similar share also stated that sellers are lowering their prices either sometimes (41%) or frequently (3%). About 35% of respondents said that buyers were asking for concessions either frequently or sometimes. 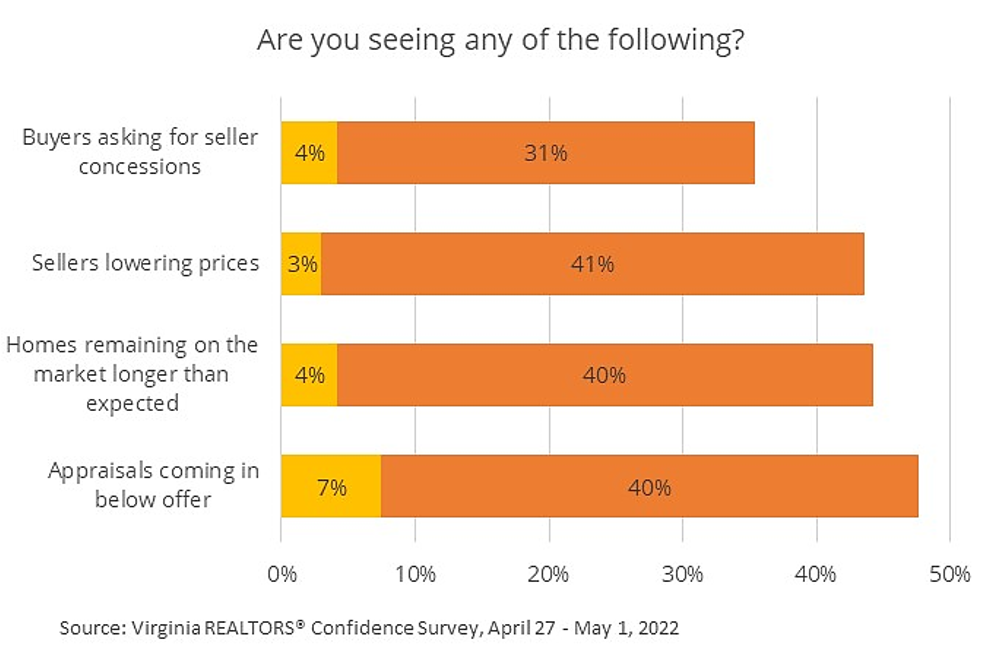 There was a steep drop in the Buyer Activity Index: 3-Month Outlook in April. After declining slowly since late fall, the index fell from 75 in March to 61 in April. This index gauges how REALTORS® think the market will be performing in three months’ time. About 36% of REALTORS® responding to the survey indicated that they thought buyer activity would be strong in their local markets in three months. This share dropped significantly from March when 59% of respondents said buyer activity would be strong in three months.

The Seller Activity Index: 3-Month Outlook held relatively steady in April. The index was 41 this month, up from 40 in March. Only 16% of Virginia REALTORS® reported that they think seller activity will be strong in three months. This share is down from 18% a month ago and is the lowest share since October. 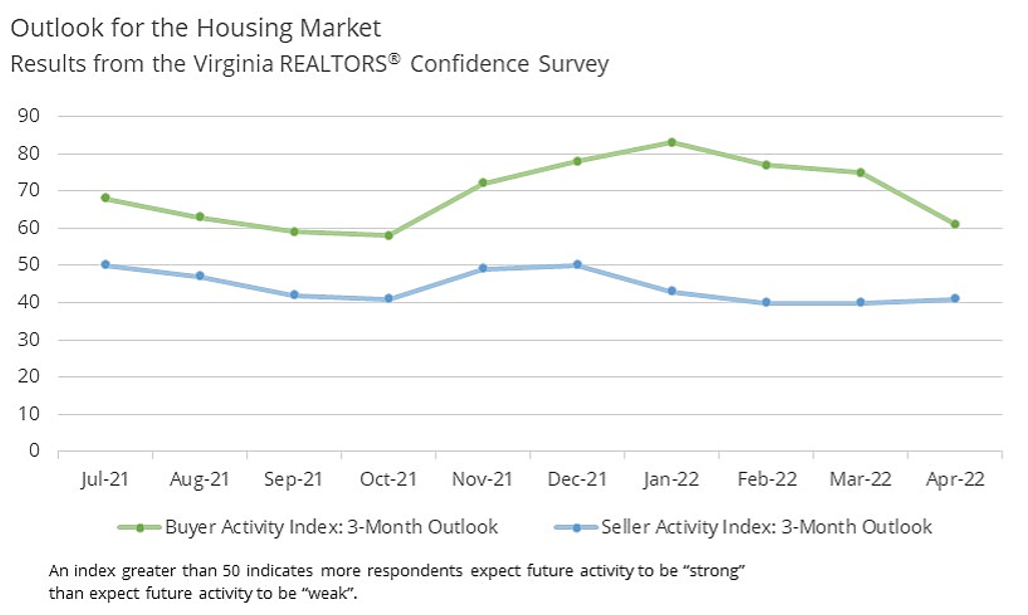 The share of survey respondents who expect prices to rise in their local markets in the next three months dropped to the lowest level since October. About four out of ten Virginia REALTORS® responding to the survey (43%) said that they expect prices will rise. About one in four REALTORS® (25%) responding to the survey said they think home prices are set to fall over the next three months. This share is up significantly from last month (10%).

A note about surveys: This is not a randomized sample survey of Virginia REALTORS® members. However, the number of responses and the geographic coverage of respondents make it possible to draw conclusions about the opinions and expectations of Virginia REALTORS®. These statistics from this survey have a margin of error of +/- 3.3%.