Challenges During the Pandemic

The vast majority of property managers reported that they faced challenges during the pandemic. The most common challenge reported by respondents was dealing with the eviction moratoria. Sixty percent of respondents said the eviction moratoria was one of their biggest challenges during the pandemic with significant burdens on property managers and landlords. As one respondent commented, “[I] would like to see the court system be more balanced and fair. [It is] unfair to owners that restriction on evictions.”

The second most common challenge reported by respondents was related to tenants not paying rent. Half of property managers surveyed reported that one of their biggest challenges during the pandemic was lack of rent payments. About 13% of respondents said that they collected less than half of the contract rent during the COVID-19 pandemic. Nearly two-thirds of property manages collected less than 100% but more than 50% of contract rent during that time.

During the COVID-19 pandemic, Virginia established the Rent Relief Program (RRP) to allow tenants and landlords to apply for rental assistance from the state. The goal was to help mitigate some of the income loss property owners experienced. About two-thirds of the Virginia property managers replying to the survey said they had received funds from the RRP.

State of the Rental Market

Property managers report very strong rental market conditions.  Current tenants are remaining in their units. More than 80% of respondents report that they had tenants renewing leases very often. But there are many new renters, as well. Nearly all respondents stated that they are seeing multiple applications for units very often or somewhat often in their local markets. 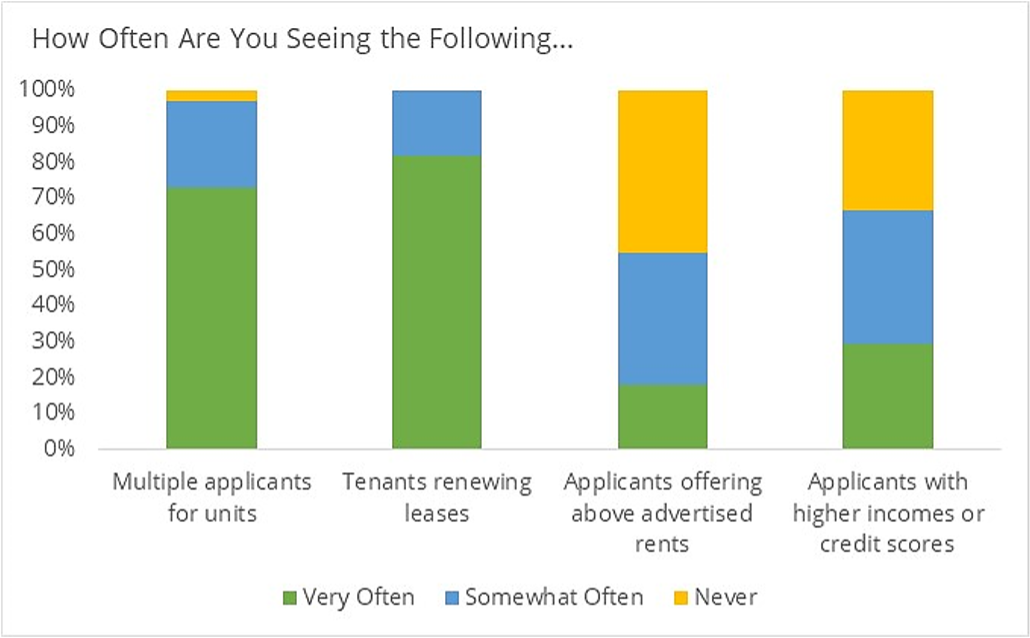 Changes in the Industry

About nine out of 10 respondents report that their business has changed as a result of the pandemic. The primary change reported was dealing with more regulations, followed by an increase in using technology to communicate with clients. Those two changes are likely to continue after the pandemic, according to respondents. 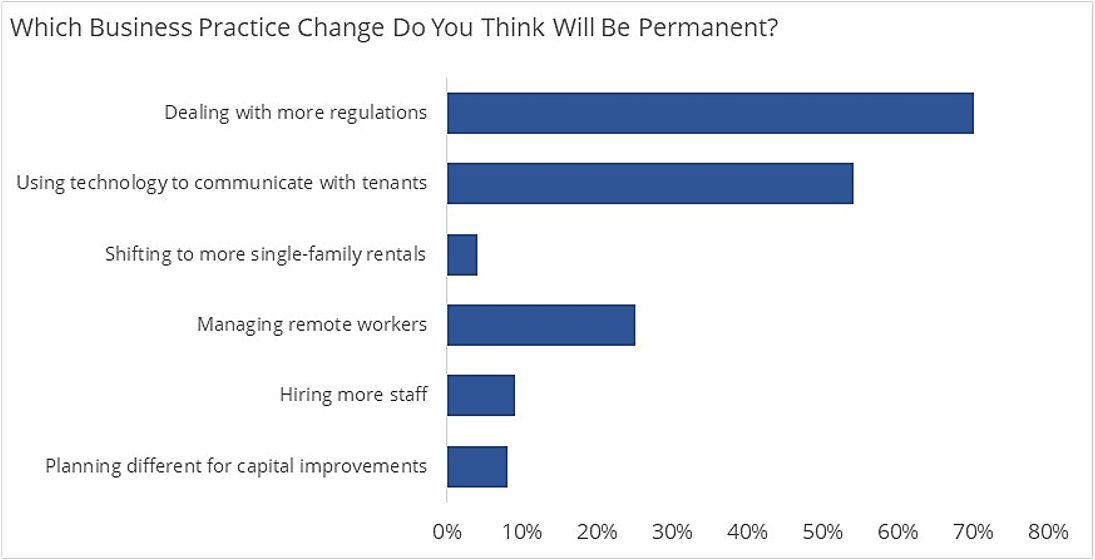 Seventy percent of respondents say that dealing with regulations will be a greater part of the property management industry even after the pandemic ends. Technology will also have a greater role in the property management business, with 54% of respondents believing that using more technology to communicate with tenants will be a permanent change. The role of technology will also be important for office operations. Twenty-five percent of respondents say that managing remote workers will be a permanent change in the industry.

Who Responded to the Survey?