Each month, the Virginia REALTORS® Confidence Survey gathers insights from REALTORS® on local housing markets based on their experiences with real estate transactions in the prior month. This information provides a real-time look at housing market conditions. This month’s Confidence Survey was conducted between March 23 and 27, 2022, and reflects housing market conditions in Virginia in March 2022. A total of 1,164 Virginia REALTORS® members responded to the survey, including 928 who had participated in a home sales transaction in the prior 30 days. 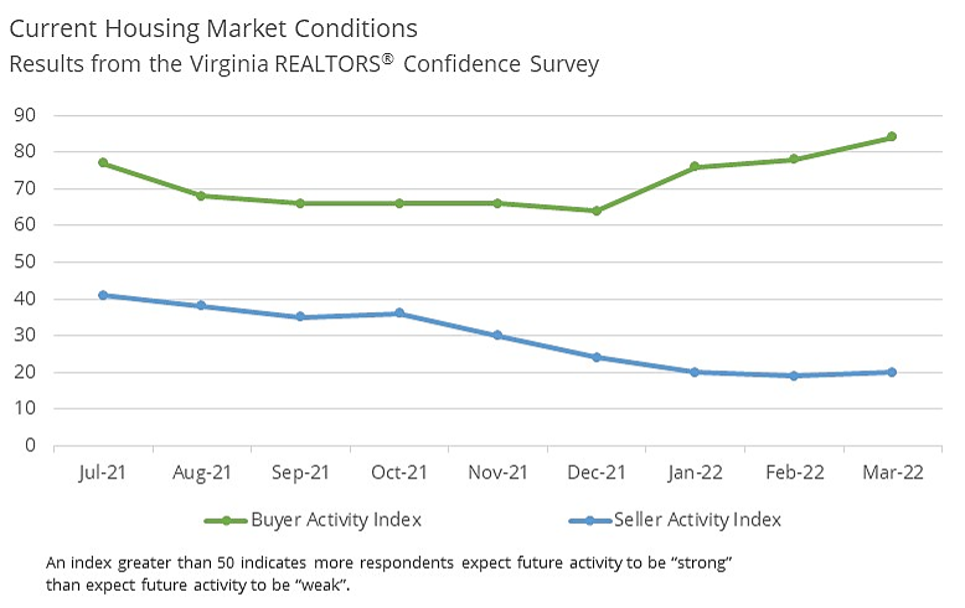 Multiple offers continued to be the norm in March, according to REALTORS® responding to this month’s survey. Recent transactions received an average of 6.6 offers. More than three quarters (76.8%) of respondents indicated that offers were coming in above list price. 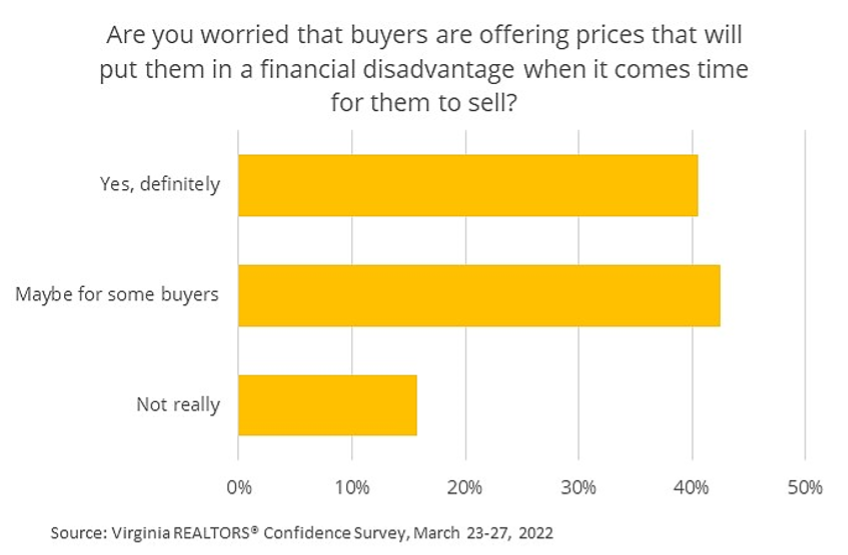 While confidence in future home buyer activity remains high, there has been a slight decline in the Buyer Activity Index: 3-Month Outlook in recent months. This index gauges how REALTORS® think the market will be performing in three months’ time. In March, the buyer outlook index was 75, which was down from 77 in February and down from a peak of 83 in January.

About 59% of REALTORS® responding to the survey indicated that they thought buyer activity would be strong in their local markets in three months. That share is down from 63% of respondents in February.

The Seller Activity Index: 3-Month Outlook held steady in March. The index was 40 this month, unchanged from February. However, the outlook for seller activity remains weak. Only 18% of Virginia REALTORS® reported that they think seller activity will be strong in three months, which is down from 20% of respondents last month. 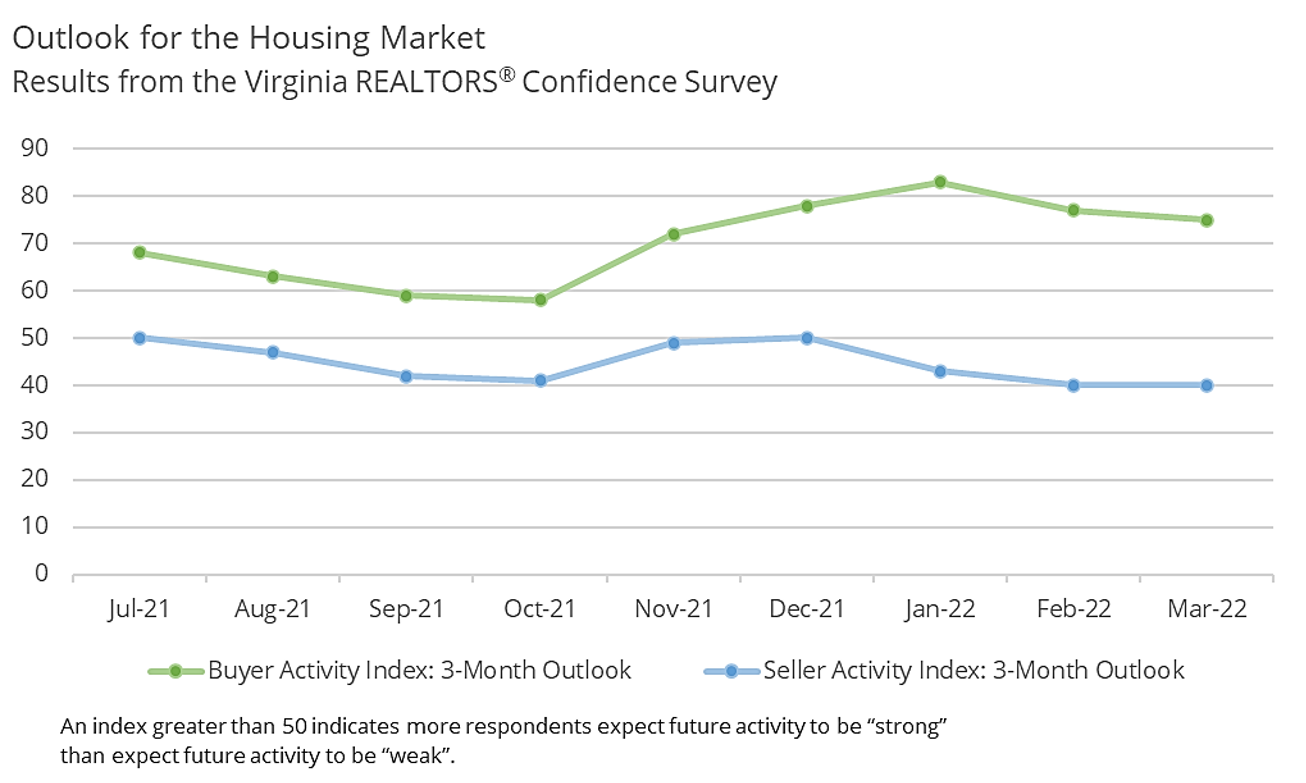 Survey respondents continue to expect prices to rise in their local markets in the next three months. Nearly seven out of ten Virginia REALTORS® responding to the survey (68%) expect prices will rise. About one in ten REALTORS® responding to the survey (10%) said they think home prices are set to fall over the next three months.

A note about surveys: This is not a randomized sample survey of Virginia REALTORS® members. However, the number of responses and the geographic coverage of respondents make it possible to draw conclusions about the opinions and expectations of Virginia REALTORS®. These statistics from this survey have a margin of error of +/- 3%.