The Virginia REALTORS® Confidence Survey gathers information from REALTORS® on local housing markets based on their experiences with real estate transactions in the prior month. This month’s Confidence Survey was conducted between September 29 and October 3, 2021, and reflects housing market conditions in September 2021. A total of 682 Virginia REALTORS® members responded to the survey, including 598 who had participated in a home sales transaction in the prior 30 days. 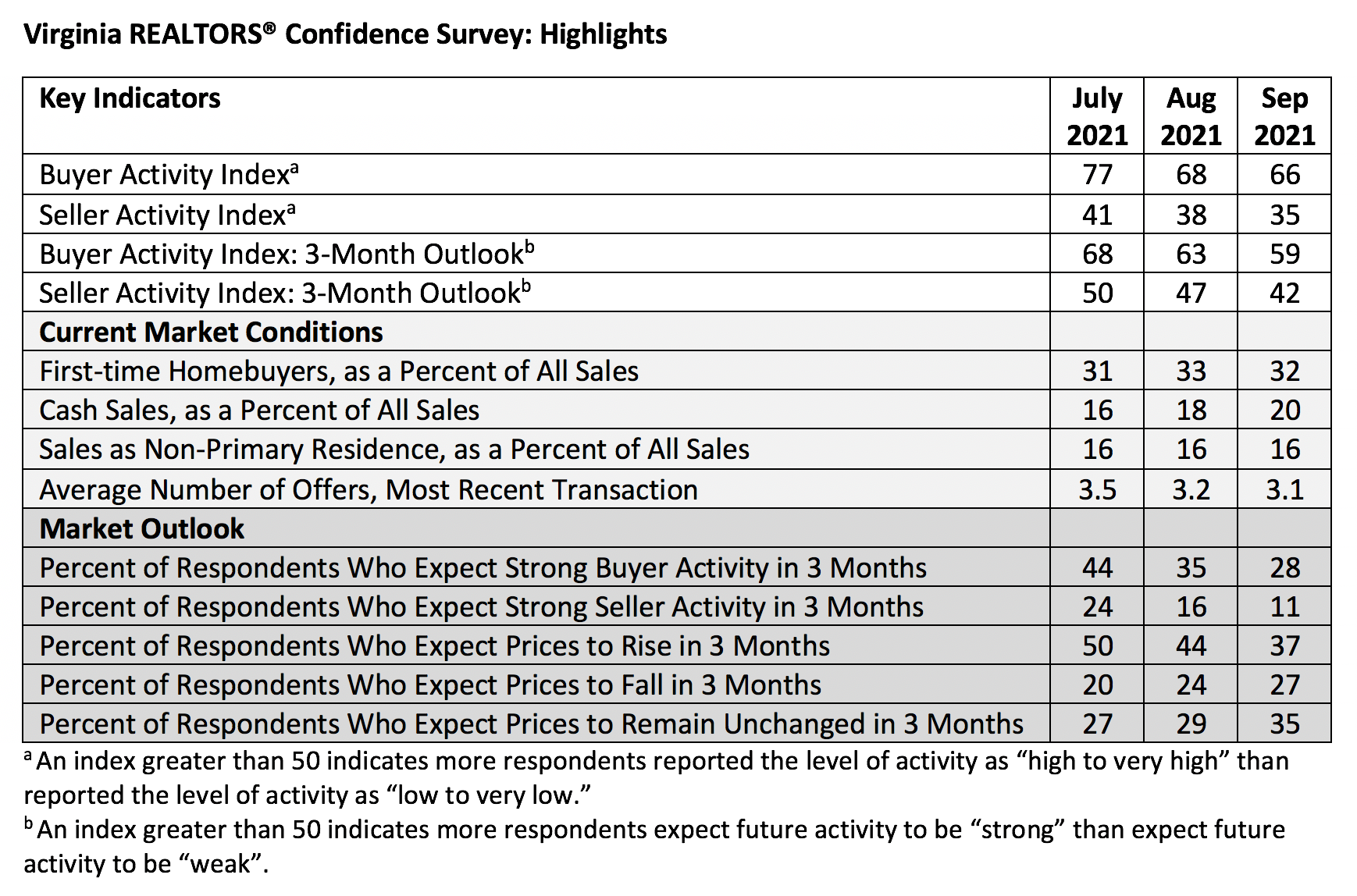 According to survey respondents, about a third of home buyers in Virginia in September were first-time buyers, which is about the same share as in July and August. About 20% of purchases were all-cash purchases during the month, and about 16% of buyers were purchasing a home for a non-primary residence use (e.g., rental property, second home, vacation home).

In this month’s survey, we asked about buyer concessions and compared conditions in September to what we heard from REALTORS® back in April. According to Virginia REALTORS®, buyers are much less likely to be offering concessions now compared to in the spring. 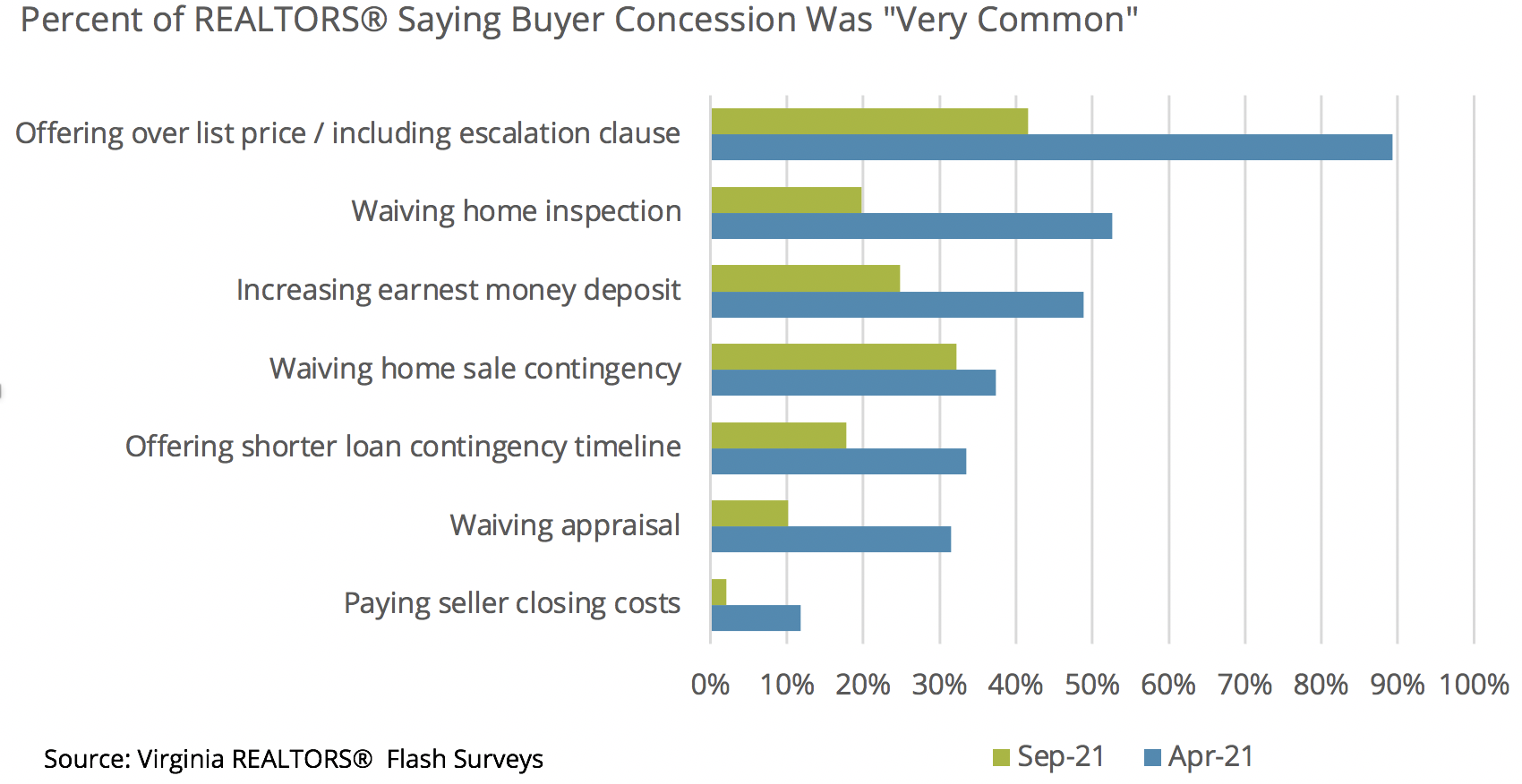 The Virginia REALTORS® who responded to this month’s REALTOR® Confidence Survey expressed more reservations about the market over the next three months.

Survey respondents continue to be less optimistic about price growth over the coming months. About 37% of survey respondents expect prices to rise in their local markets, which is down from 44% of August respondents. More than a quarter of Virginia REALTORS® responding to the survey (26.8%) think that prices are going to fall. More than a third (34.9%) report that they think prices will remain stable over the next three months.

A note about surveys: This is not a randomized sample survey of Virginia REALTORS® members. However, the number of responses and the geographic coverage of respondents make it possible to draw conclusions about the opinions and expectations of Virginia REALTORS®. These statistics from this survey have a margin of error of +/- 4.0%.

2021 Was a Record-Breaking Year for Virginia’s Housing Market