Results from Flash Survey #20: Are Buyers Leaving the Market?

The fast-paced market is creating frustrated buyers who are losing out on homes. They may be losing out to cash offers. Or offers that are tens of thousands of dollars above list price. Or offers with few or no contingencies. Or all of the above!

With inventory still at very low levels and home prices rising, some discouraged buyers could decide to put off their home search altogether. In the June 2021 Flash Survey, we heard from 900 Virginia REALTORS® members, including 655 REALTORS® who had been involved in an unsuccessful home purchase transaction in 2021.

Here are highlights from the May Flash Survey: 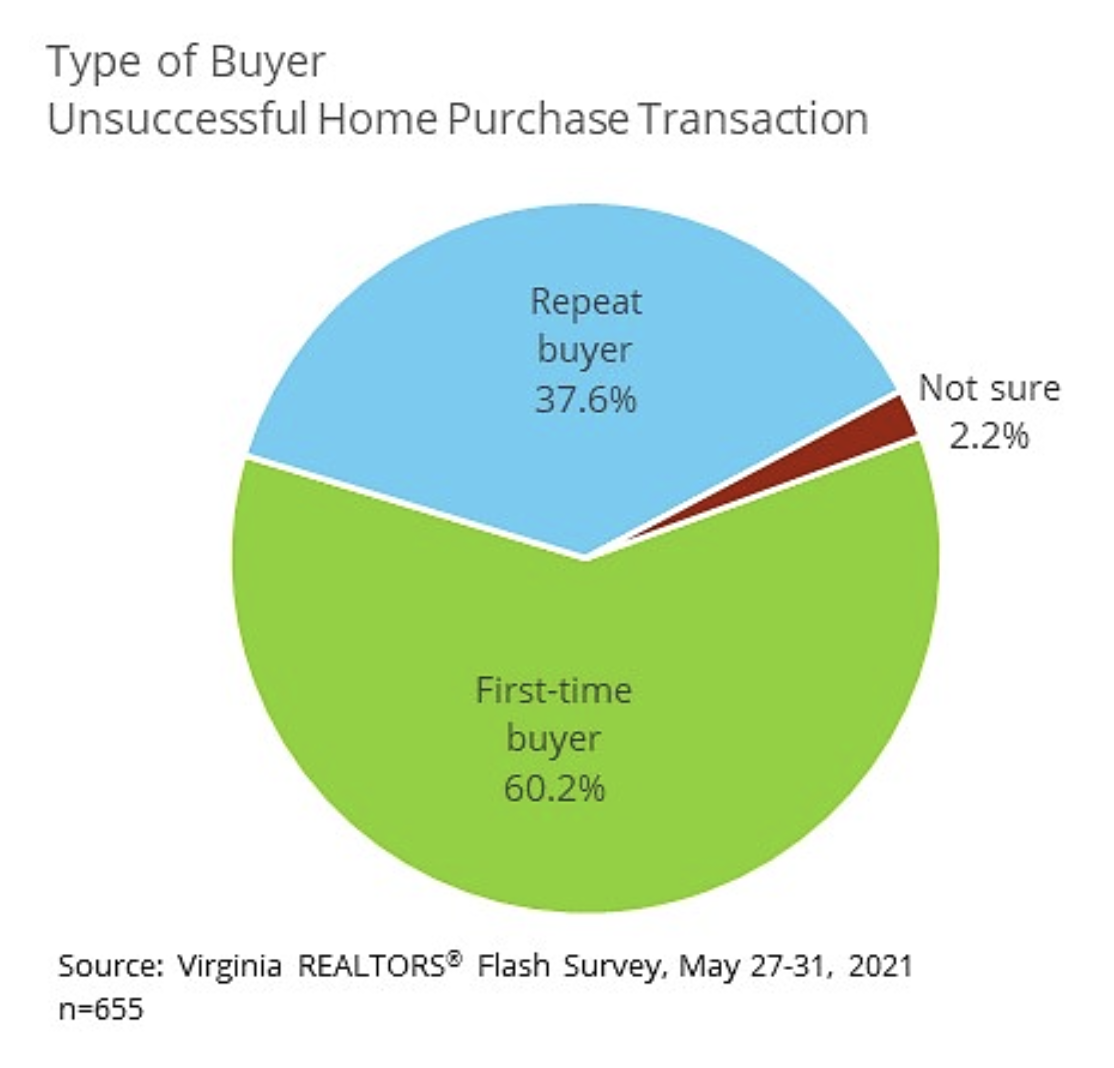 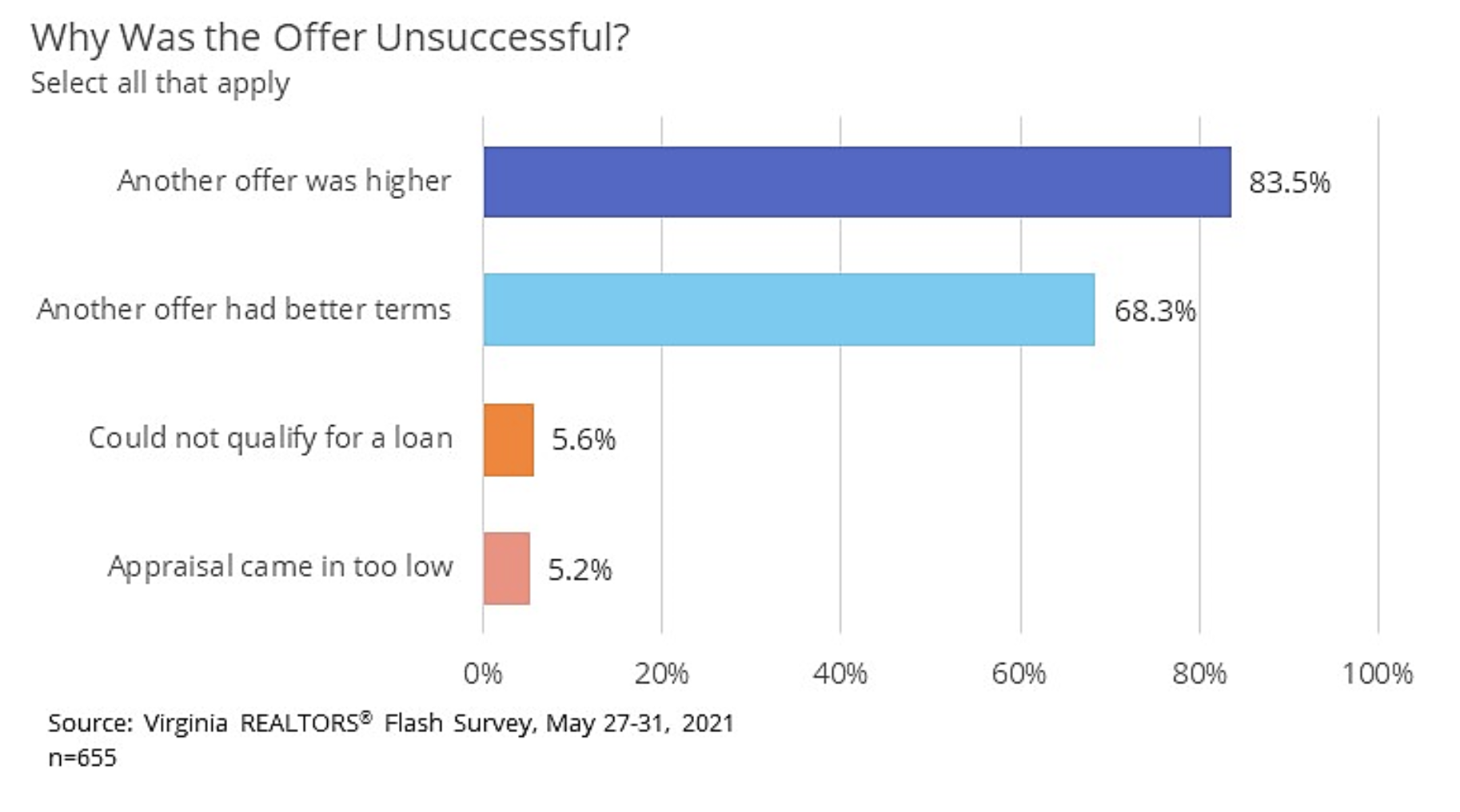 A note about surveys: This is not a randomized sample survey of Virginia REALTORS® members. However, the number of responses and the geographic coverage of respondents make it possible to draw conclusions about the population of Virginia REALTORS® working with buyers and sellers in 2021, with a certain level of confidence. These statistics from this survey have a margin of error of +/- 3.8%.

Assumable Mortgages: What Are They? Will They Make a Comeback?