Virginia REALTORS® is excited to announce a premiere event exclusive to YOU, our members.

The recording of this event is your opportunity to hear directly where the candidates for Governor stand on the issues and how their policies could impact your business. Exclusive, member-only access to this recording will be published at 10 a.m. on Friday, September 24th. Registration for this virtual viewing will be hosted on the Learning Center and available shortly.

Democratic nominee Terry McAuliffe is a lifelong entrepreneur who served as the 72nd Governor of the Commonwealth of Virginia from 2014-2018. As governor, Terry focused on making the Commonwealth welcoming and inclusive and building a 21st Century economy that created good jobs and expanded economic opportunity for all Virginians.

Republican nominee Glenn Youngkin is a homegrown Virginian who served as co-CEO of the Carlyle Group, where he built the company into one of the leading investment firms in the world. His focus is to get Virginia moving again and rebuild it into the best place to live, work, and raise a family in America.

How 2022 Victories at the Capitol will Benefit REALTORS®

July 1st welcomed a bevy of new laws on the books in Virginia, several of which impacted real estate. Hopefully you have had a chance to learn and… Read More

This Year’s Primary Elections Come with a Twist

Virginia voters may get sick of hearing this, but every year is an election year in Virginia and 2022 comes with a twist to the normal election cycle.… Read More

Please join us in welcoming the newest member of the Virginia REALTORS® Government Relations team, Maura Pratt, who joins our staff as Director of RPAC Development. Maura comes… Read More 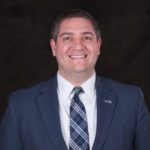